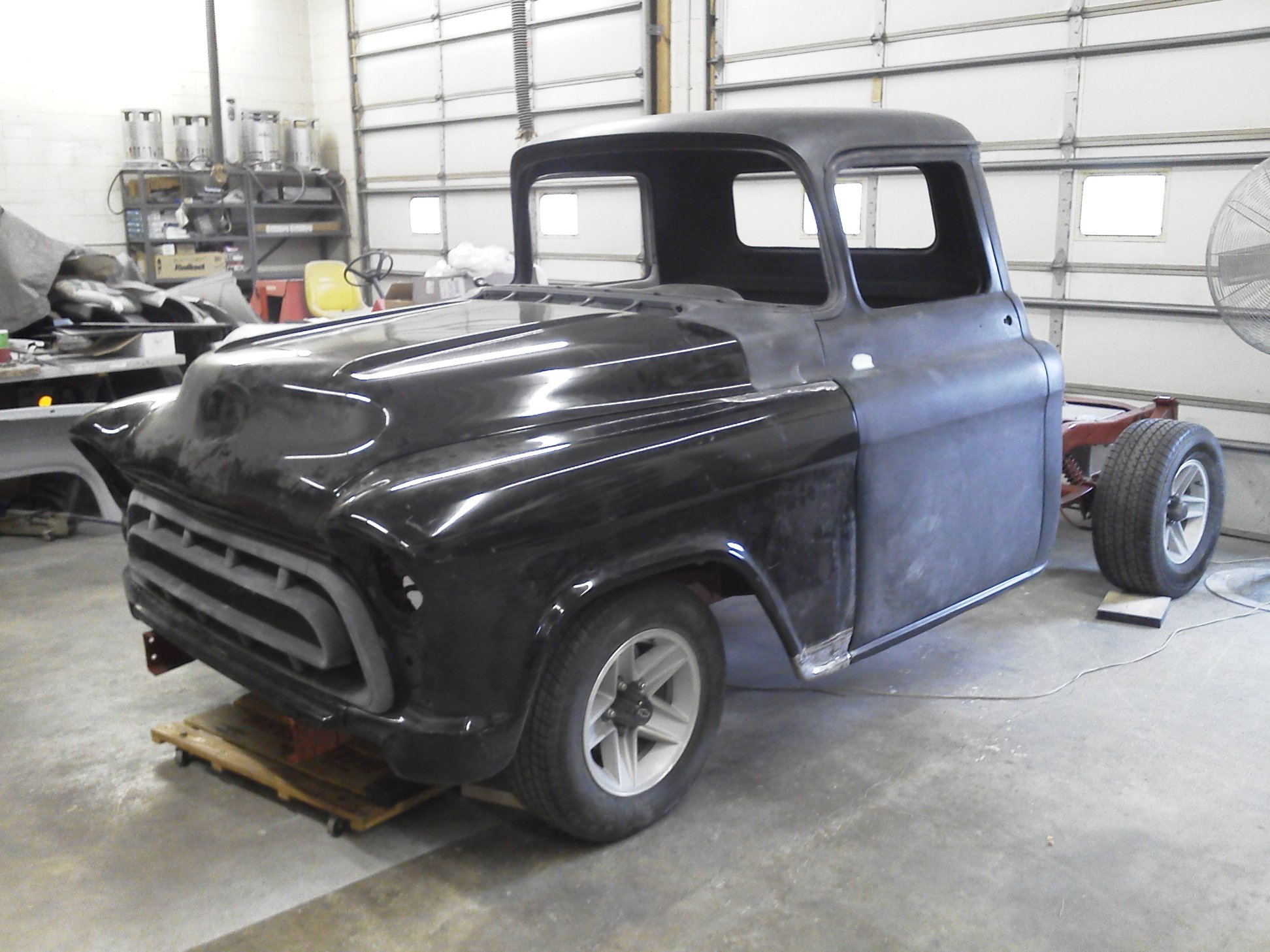 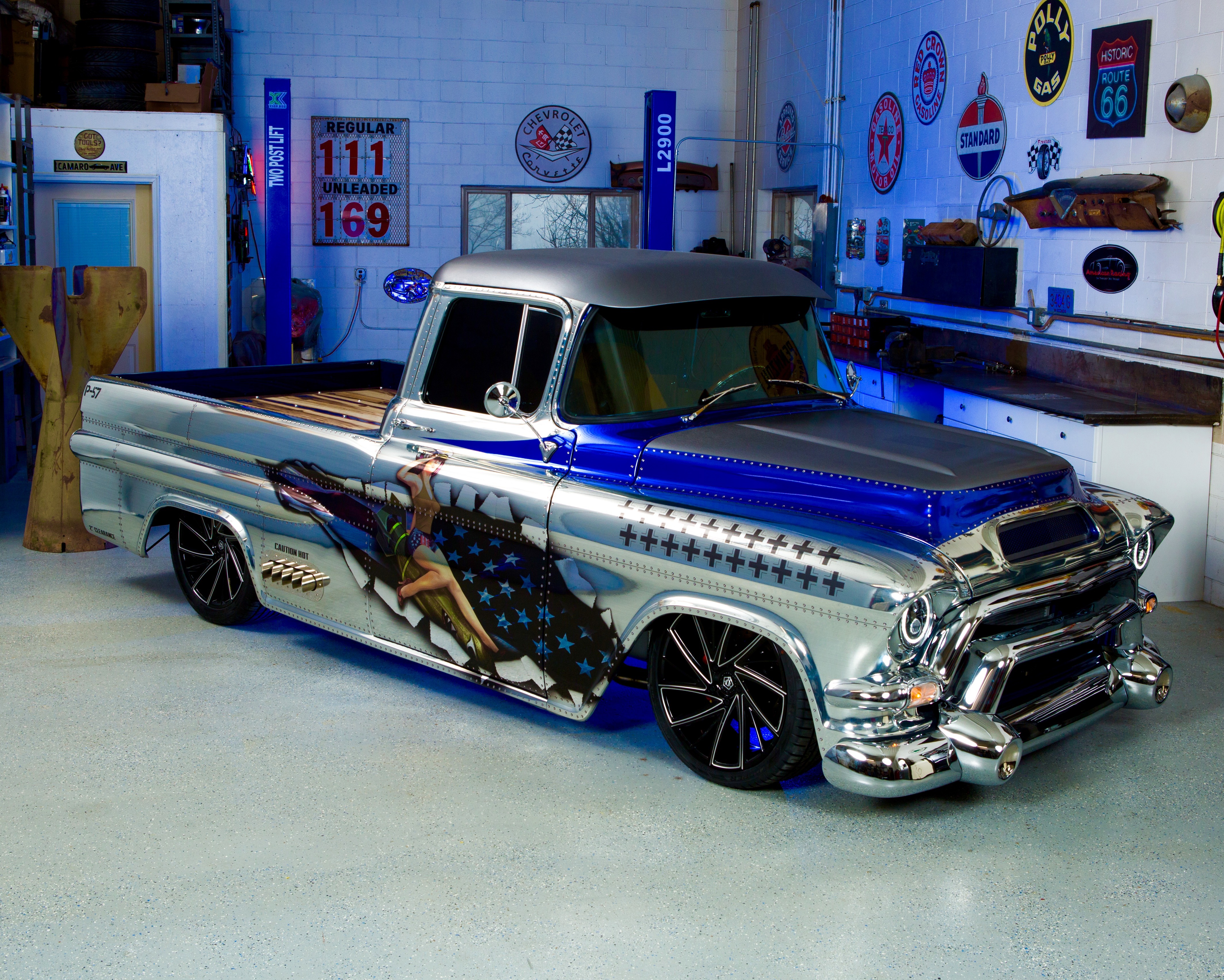 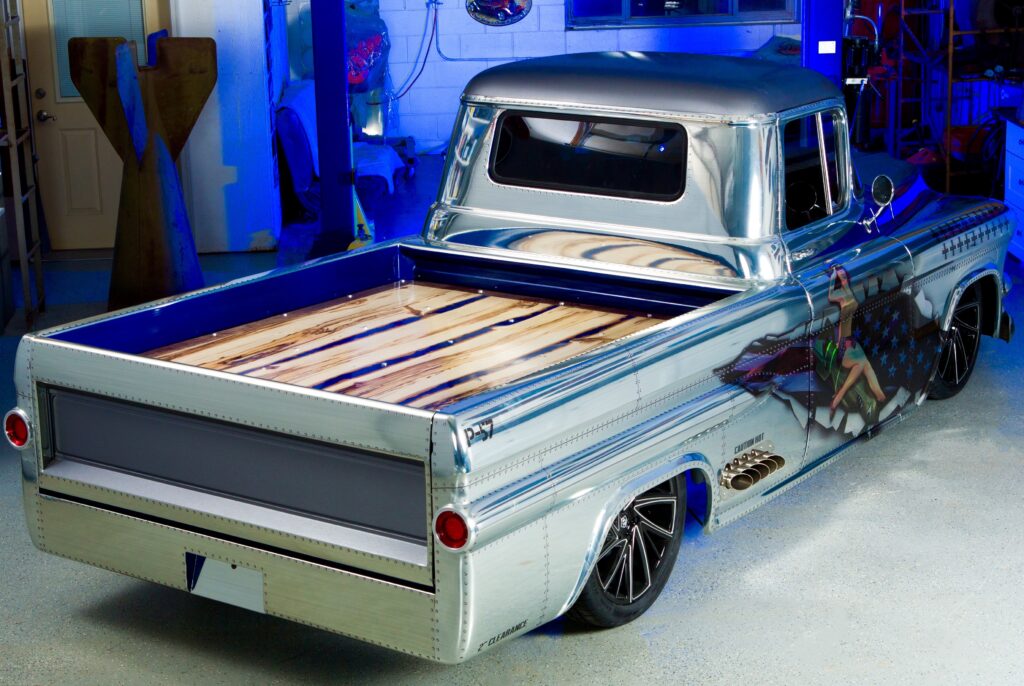 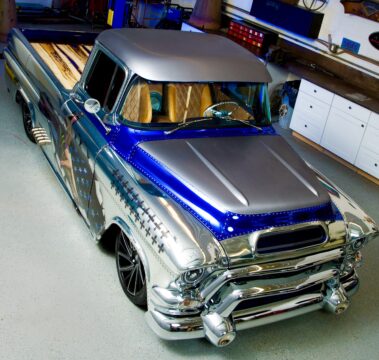 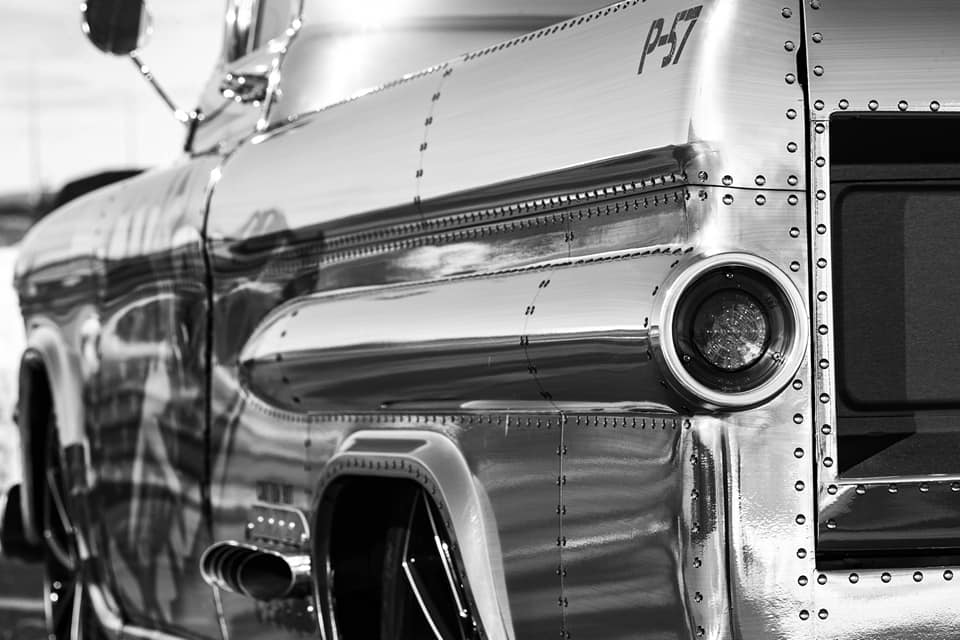 P51 Mustang themed, printed chrome wrap. One off Design, printed and installed in house, solo install. Came up with the idea of having printed chrome rivets “domed” to give the rivets and the whole overall look of the truck a 3D effect. 7,000 total rivets were used and placed one by one. Partial hood, roof and tailgate we incorporated brushed material as it breaks up the chrome while still suiting the fighter plane theme.