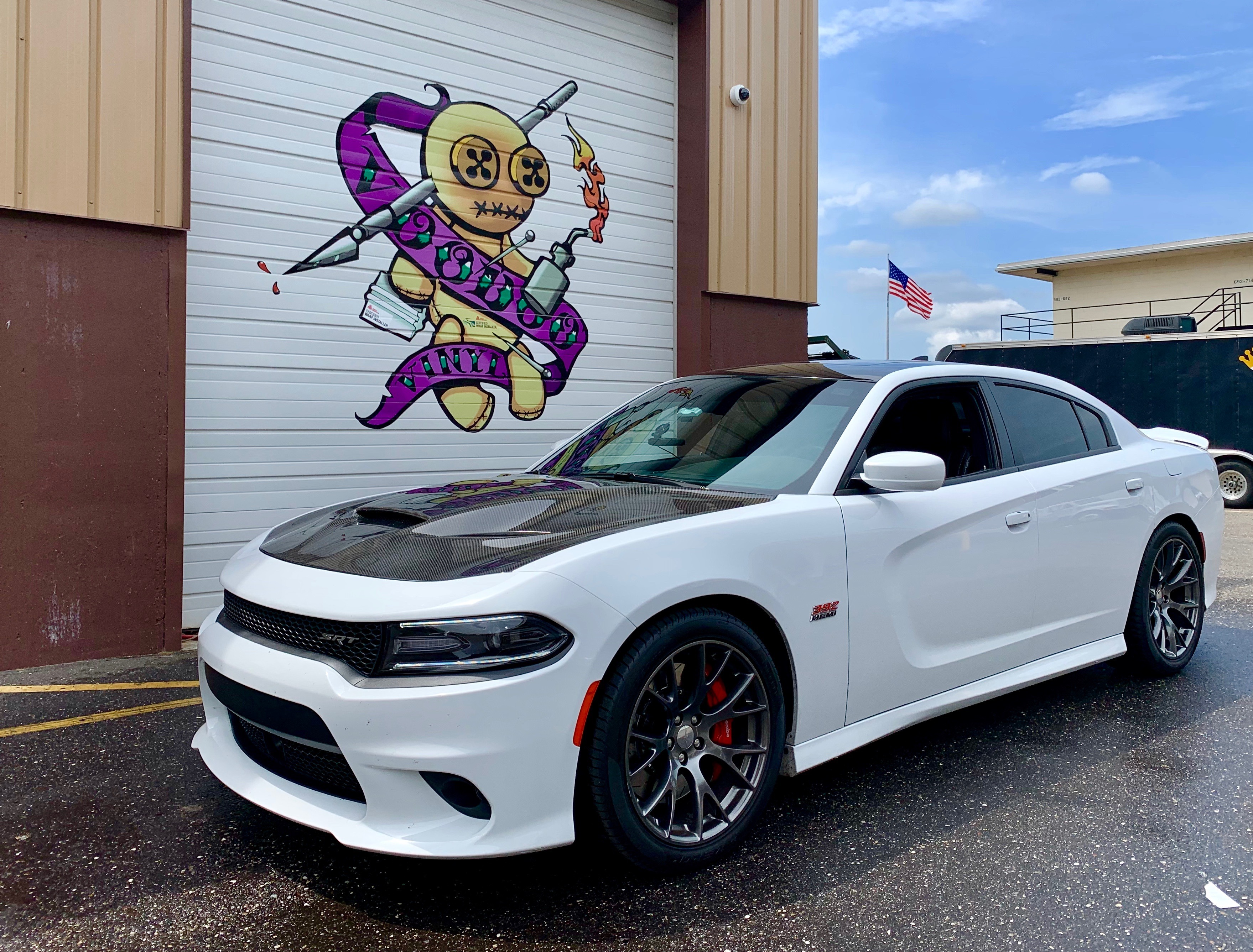 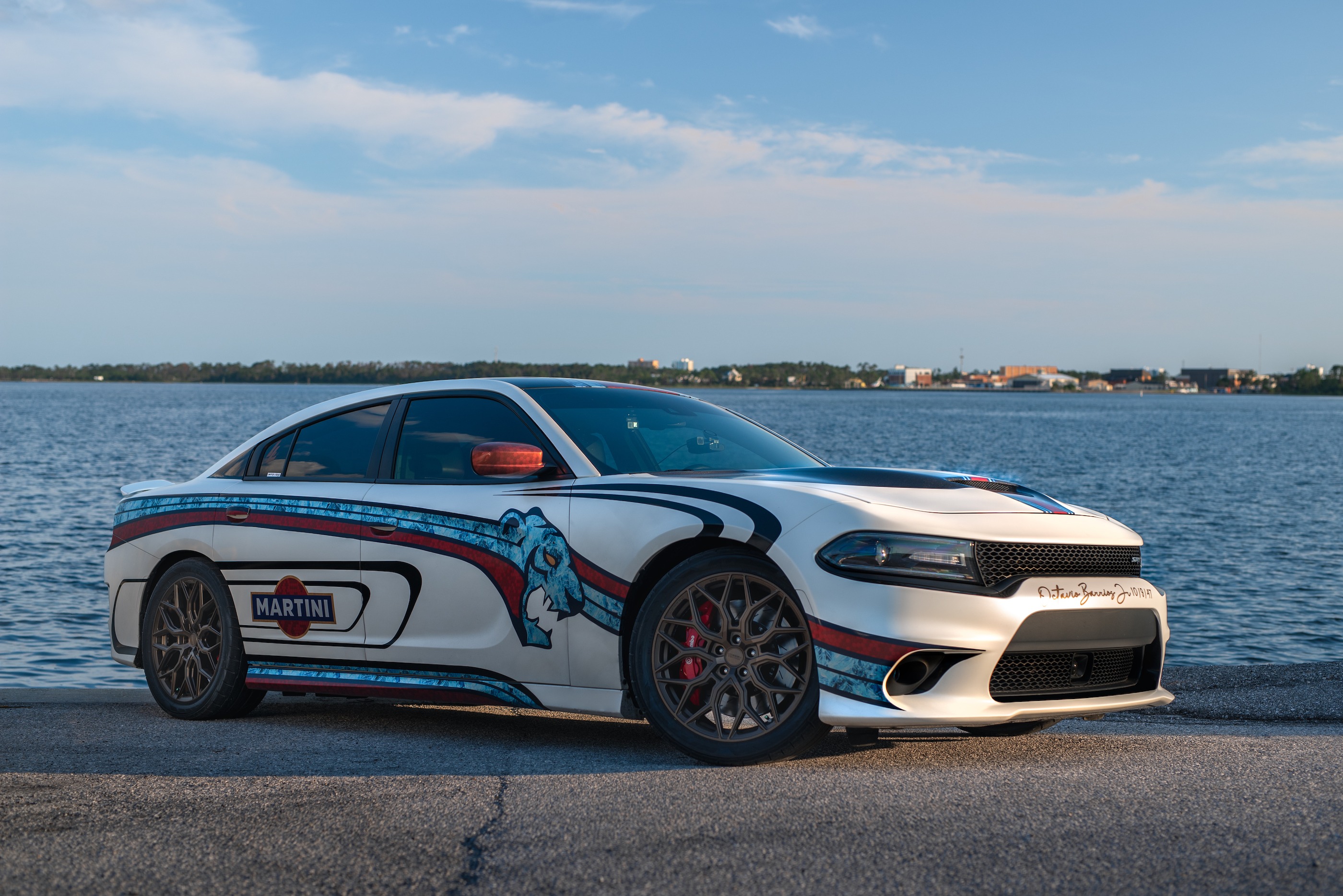 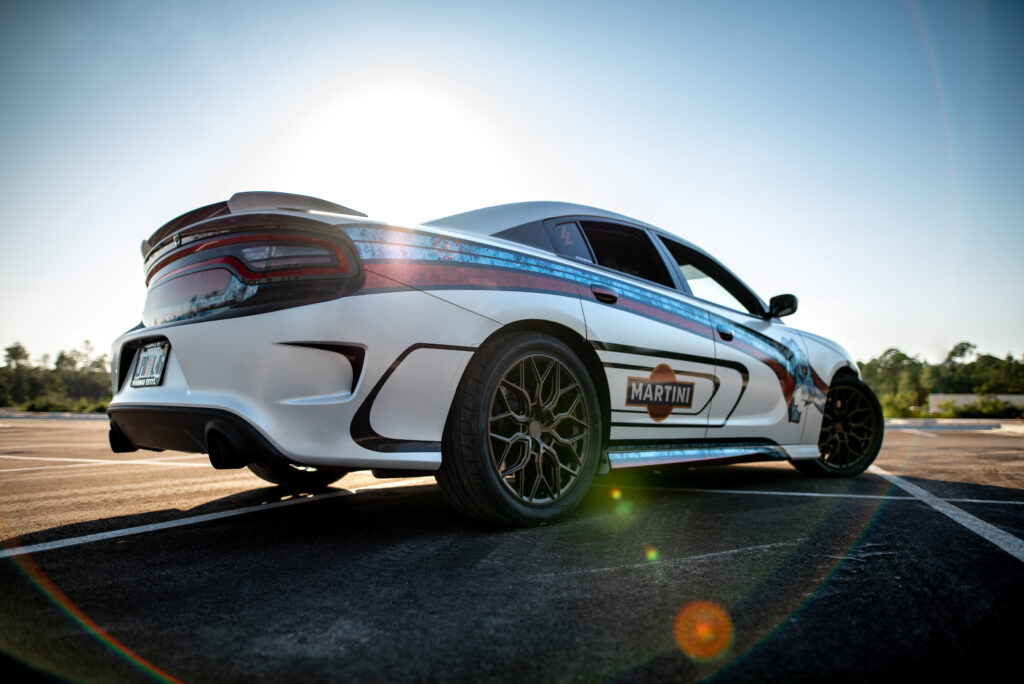 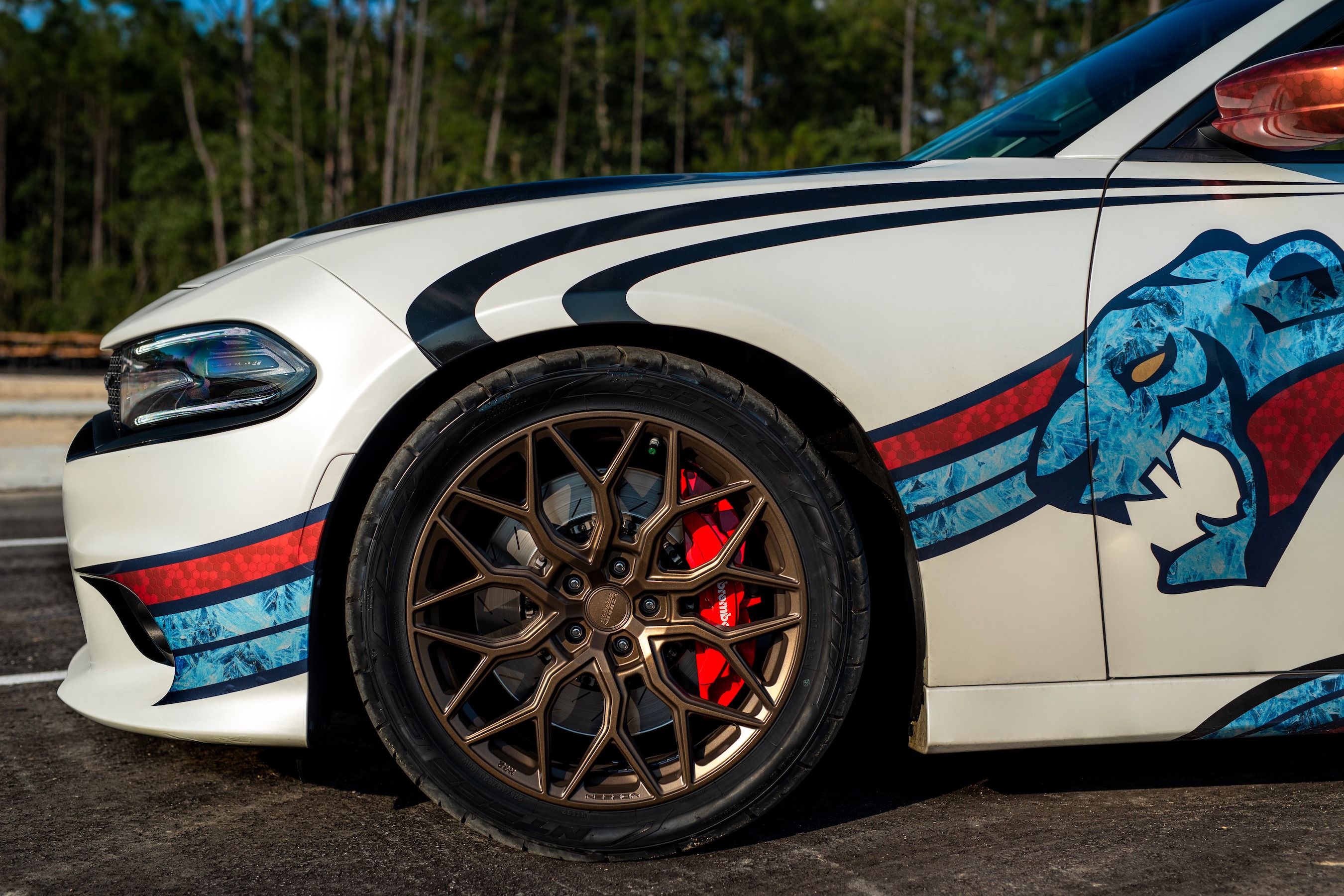 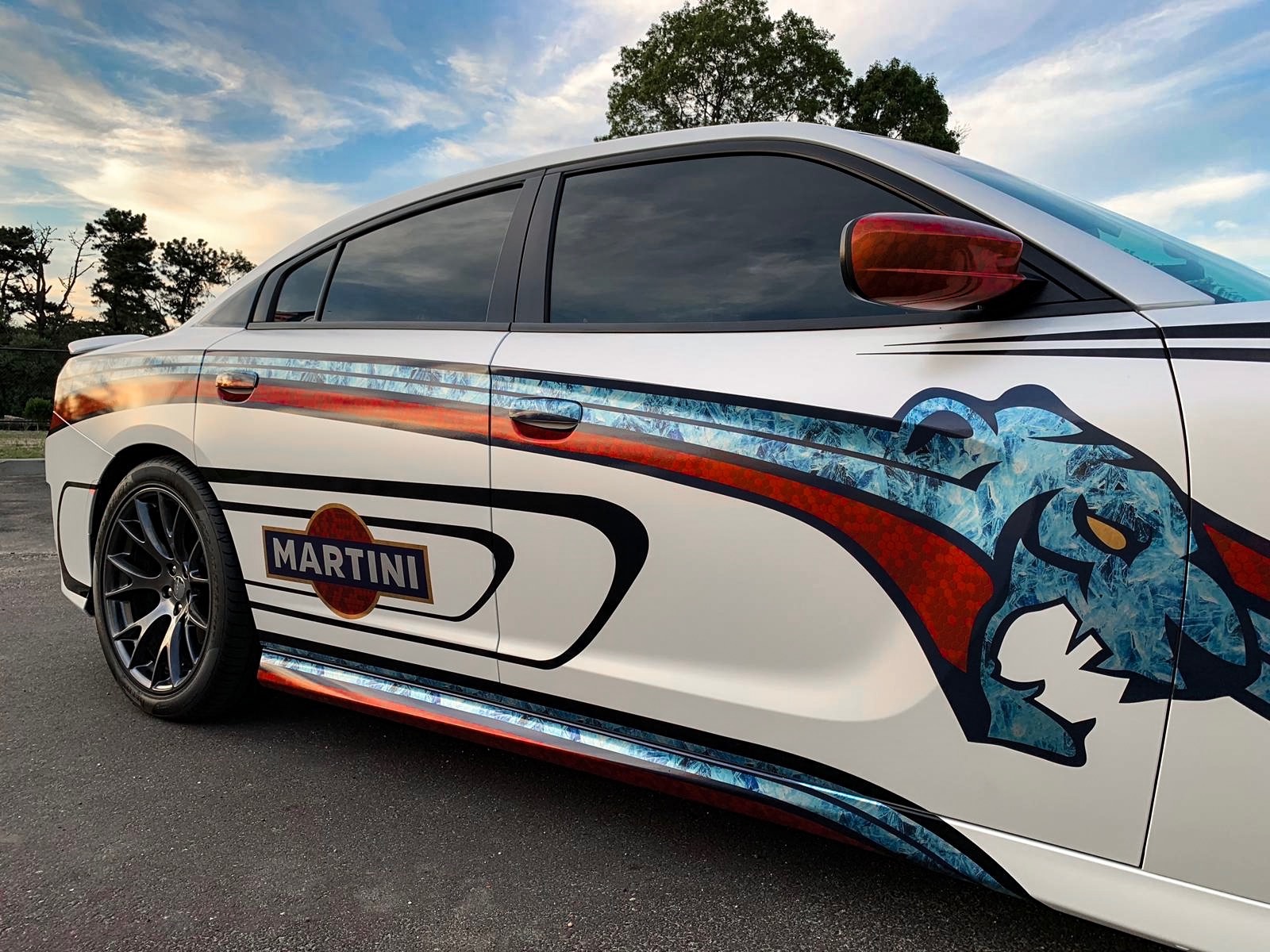 Designed by CORSA Auto Design, installed by Voodoo Vinyl Wrap. The Martini livery is an all-time classic, with most interpretations sharing many similarities with each other. With this one, however, we decided to modernize it, to bring something fresh to the table. The car was initially wrapped in Satin Pearl White to bring out the Charger’s defined body lines. Next, the livery was created to highlight the car’s best features, rather than follow the usual straight stripes and soft curves seen on so many Martini variations. A hand-drawn tiger face was incorporated into the side stripe to match the aggressive look of the Charger SRT. A custom frozen ice texture was designed and incorporated into the Martini light blue, along with a 3D hex pattern for the red, giving the Martini theme some added flair. All the Martini-themed pieces were printed on Avery Silver Metallic to give the colors a richer appearance. The end result is a classic look with a modern twist, something to be appreciated by everyone.